Money talks: the impact of economic framing on how we act and feel

Money talks: the impact of economic framing on how we act and feel

Exploring two studies which looked at the ways economic frames have affected our behaviour and attitudes.
This is a blog by Bec Sanderson
Bec is the Research Lead for the Public Interest Research Centre.

We’re ‘consumers’ or ‘taxpayers’ and we care about things like ‘pay-off’, ‘return on investment’ and ‘growth’: that’s the bottom line. Right?

But, actually, when did that happen? When did we start to pepper our meetings, our work, and even dinner conversations with such words and phrases? Sometimes, our use of economic framing has an obvious trigger; take ‘credit crunch’. In one of the recent economic crises, journalists repeatedly used it (with a straight face), and then before you knew it, the 2008 edition of the Oxford English Dictionary carried a new definition of the word ‘crunch’, as meaning “a severe shortage of money or credit”. It was always pretty difficult to pass that particular term casually into everyday conversation, but now we officially associate crunch with economic recession, as well as biscuits.

Economic frames easily creep into everyday language via news media, or advertising, or political rhetoric, but we have little awareness of the effect that might have on the way that we think and behave. Psychological research is finally shedding light on this. 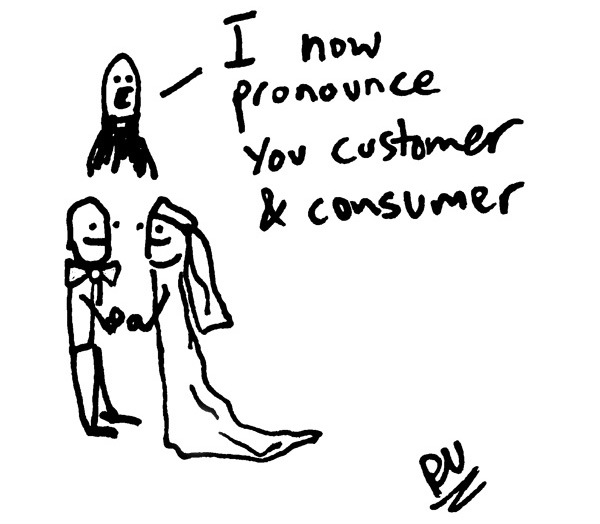 The ‘name of the game’

In 2004, researchers at Stanford University observed people playing the Prisoner’s Dilemma, a much-studied game of cooperation or betrayal where individuals can demonstrate altruistic, strategic or selfish motives. They created two versions of the game, totally identical except in name: half the participants played the ‘Wall Street Game’, and the other half the ‘Community Game’. The Wall Street players were consistently more likely to betray the other players and attempt to win the highest rewards through selfish means. But those who played the Community game, on the other hand, tended to cooperate with their counterparts.

The experiment ran with a group of American students and a group of Israeli Air Force trainees, and the findings were the same. To ensure that this pattern of play was unaffected by the personality traits of the participants, the researchers also asked participant’s friends and colleagues to rate how likely that person was to co-operate or betray during the game. In both experiments this rating had no ability to predict the outcome: it was simply the wording of the title that affected people’s playing style.

The obvious question to ask is how the title of the game affected play. There seem to be three possibilities: it may have shaped the participants’ personal motivations towards the game; their expectations of how others would play; or both. In the Wall Street game, for example, people may have assumed that other players would be ruthless and uncooperative, and so changed their tactics accordingly. The evidence suggests it is a mix. In both the Wall Street and the Community games, when people anticipated betrayal in others, they chose to respond with the same. But cooperation was different. When participants in the Community game expected cooperation, they generally opted to cooperate in return. In the Wall Street game, however, participants expecting cooperation chose to exploit it by betraying others. 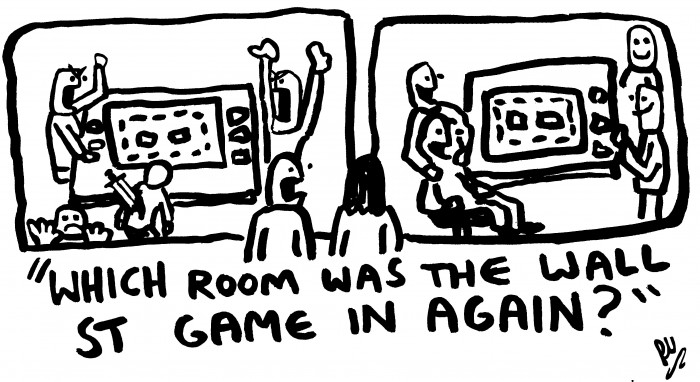 On this evidence, it seems that words and phrases really can affect our immediate impressions, expectations and choices. Just using the term ‘Wall Street’, which many associate with the values of self-interest, competition and exploitation, is enough to cue aggressive and anti-social tactics during games.

What, then, if the frame in question is not an abstract phrase, but rather relates more directly to the way we think of ourselves?

In 2012, a research group at Northwestern University in Chicago ran a series of similar experiments on economic framing, this time testing the effects of the word ‘consumer’.

In one experiment, they gave half the participants a computer task called the Consumer Reaction Study and the other half a task called the Citizen Reaction Study. The two tasks were in fact identical – the only difference was in the framing of the title. Yet they elicited strikingly different responses. The Consumer group was much quicker to associate positive emotions with materialistic values, such as wealth, image and success. This implies that they had a subconscious preference for materialism, triggered solely by automatic associations with the word ‘consumer’.

The next experiment extended this approach to see if other consumer-related words – such as ‘buy’, ‘status’, ‘asset’, or ‘expensive’ – would alter the way people rated their own competitiveness and desire to get involved in social activities. When they read these words, instead of more neutral words, participants tended to consider themselves more competitive and willing to out-do others. They were also less inclined to pursue ‘high-investment’ social activities (such as joining student groups, or signing up to volunteer for a good cause), but more inclined to favour ‘low-investment’ activities, such as having dinner or watching a film with friends. This striking reversal of social priorities suggests that materialism cues lead people to avoid intense, cooperative engagement with others and, as the authors put it, “instead opt for cheap-and-easy ways to satisfy their need to connect”.

In the final experiment, the researchers explored this link between materialism and anti-social behaviour by giving people a simulated resource-management assignment. As before, they sought to identify the impact of the single word ‘consumer’, but this time compared it with the word ‘individual’ rather than ‘citizen’. The participants were asked to read about an imaginary water shortage crisis, and act out the role of the person considered most to blame. They were then asked to rate how they felt about the situation, and how they would approach the solution. When the scenario referred to the participants using the frame ‘consumers’ instead of ‘individuals’, people felt less personally responsible for the problem, were less willing to trust the other players, and were less likely to consider cooperating to resolve the dilemma. 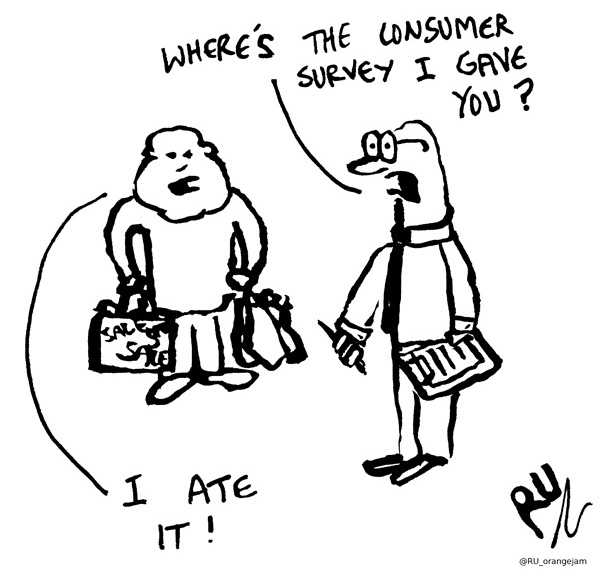 What does this really mean?

Both these studies suggest that allowing economic frames to become part of our everyday speech is likely to have negative side-effects. But how do single words have such an impact on us? The research suggests that it is because we unconsciously associate particular words and phrases with certain values, so words like ‘consumer’ or ‘Wall street’ are more likely to trigger values around wealth, achievement and social status, which in turn are likely to make us feel and act in certain ways. Economics and money are often associated with the self-interested ‘rational economic actor’: homo economicus. And when we are reminded of this identity, we have a greater tendency to act more like him/her, and express similar values.

These two studies have isolated some particular experimental conditions where this has a measurable impact on our behaviour. But we know from numerous other studies that these ‘self-enhancement’ values can affect our motivation for a whole host of behaviours beyond those tested in this research. In particular, they are associated with lower environmental concern and conservation behaviour; greater competitiveness and profit-seeking, and lower well-being.

Unfortunately, there is evidence that economic language is becoming a growing part of our everyday lexicon. We are being increasingly mistaken for homo economicus. The use of the term ‘consumer’ is especially notable: it outstripped ‘citizen’ during the 1970s, and is still on the rise.

Faced with this evidence, we can make a strong case for applying the precautionary principle. If single words can have a short term impact like this, then the wider effects of economic language in politics and media are likely to be greater. But we do help shape the rhetoric, so this is partly within our control. Popular movements have rendered words, phrases and even whole discourses unacceptable: consider racist and sexist epithets, or the recent furore over the word ‘pleb’. In the case of economics, we may already have a hidden advantage: economic frames often just feel wrong. Who likes being called ‘an asset’ by the ‘Human Resources’ Department, or a ‘customer’ of the Department for Work and Pensions? And does anyone really think of their gardens or local forests as ‘natural capital’?

By scrutinising and criticising news stories and political speeches, and deliberately using words with more positive associations, we can avoid unintentionally reinforcing unhelpful economic frames. It’s time, in other words, to stop putting our money where our mouth is.