Bec Sanderson explores how relationship theory could be applied as a means of helping us strengthen intrinsic values.
This is a blog by Bec Sanderson
Bec is the Research Lead for the Public Interest Research Centre.

The desire to understand and classify different types of human relationships isn’t new; we’ve been pondering it for thousands of years. What rules govern our interactions? And how do relationships shape us into the people we become?

The answers aren’t immediately straight forward, because the way we interact with each other is influenced by many things: how well we know and trust people, who’s got more power, the agreed understanding of reciprocation or exchange, and whether we converge around a common interest or selfish need. These things can be very fluid, too. Think about how you’d interact with a friend, a colleague, your grandmother, in a range of different situations. While you might see these people as being in different ‘categories’ of relationship, you probably have a rich variety of ways you interact with every one of them. Moment to moment, mood to mood, you’ll be laughing, arguing, teaching, ignoring or sharing with each other, although perhaps not in equal measure.

As social creatures, our experience of relationships is a huge part of how we develop. Our values, personalities and tastes are strongly influenced by our interactions with our parents growing up, with our colleagues at work, with the natural world. And this influence goes both ways. Not only do our values inform the types of relationships we seek, but our values also change over time as a result of our relationships. By understanding this feedback loop a little better, we gain useful insights into social and environmental problems.

Relationship theory is a tool to guide better ways of talking to each other, organising our workplace, and supporting campaigns or causes.

Anthropology research on this subject suggests that there are 4 main types of relationship, which tend to govern all interaction, either on their own or in combination. These are not exclusive categories, nor do they attempt to fully cover the complexities of human relationships. They are just a useful way to understand and describe patterns in how we interact.  It is a theory put forward by contemporary anthropologist Alan Fiske, and then separately developed by David Graeber (apparently unaware of Fiske) in his 2012 publication ‘Debt’.

Graeber explores how different conceptions of debt and exchange provide the ‘moral grounds’ of our economies. We use these rules, often subconsciously, to guide how we interact with and interpret the behaviour of friends or strangers. I’d think nothing of sharing water or food with a friend, for example, or taking turns with work colleagues to buy lunch. But I’d find it weird if on my 18th birthday my mum presented me with an invoice for all the money she’d spent feeding and clothing me in the years of my childhood. This would violate my unwritten expectations of my relationship with my mother. 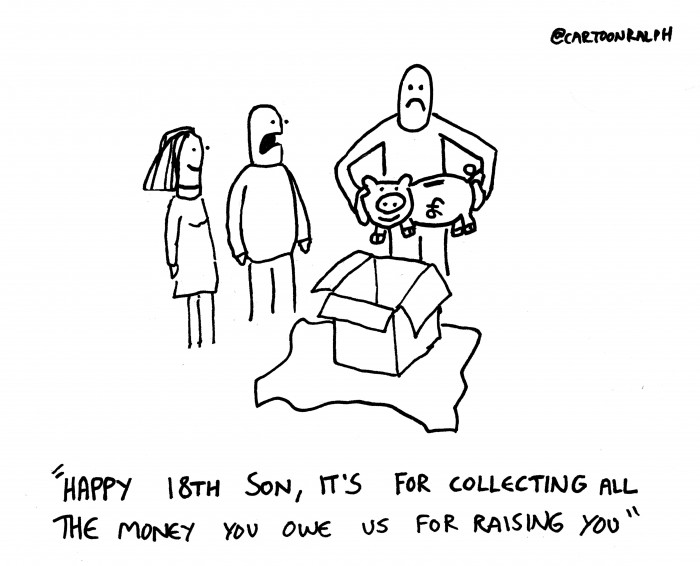 The four types of relationship may be described as follows:[ref]We have simplified the titles of these groups. Fiske calls them: Authority Ranking (Hierarchy), Market Pricing (Market Exchange), Equality Matching (Blind Equality) and Sharing (Sharing). Graeber really speaks about three groups, but they broadly overlap: Hierarchy (Hierarchy), Exchange (which includes Market Exchange) and Communism (Sharing). He doesn’t deal explicitly with the concept of Blind Equality.[/ref]

Most interactions can be characterised by some combination of these principles, but you might sometimes see patterns in your relationships or habits.  If you work in a place where authority ranking is explicit, for example,  then your interactions with the boss may be governed mostly by Hierarchy. If you have close friends you play bridge with then you might generally behave according to the principle of Sharing, but on bridge nights have a strict Blind Equality approach to interactions within the game.

The statistical evidence for these 4 categories comes from the way we mentally cluster and connect different features of relationships (based on things like rules of exchange, decision making and working style). There are also some nice observations that back up the model. Ever struggled to remember someone’s name and then got them mixed up with someone else? (Ever called your teacher ‘mum’?). Researchers argue that these accidental substitutions (or ‘social errors’) usually follow a pretty straight-forward pattern. When we make those mistakes, we tend to confuse names of people with whom we relate in a similar way. In the case of the classic teacher/parent mix up, children may be confusing one nurturing, Sharing interaction for another, say in the context of being helped or comforted.

Quick thought experiment, anyone? Chose a couple of situations that re-occur in the office, and think about the way you interact with your colleagues. This could be team meetings, or lunches, or presentations. Try and decide which relationship type (or types) are most clear in that situation. Can you imagine what it would take to shift to a different way of relating? What would a Sharing lunch be like, compared to a Market Exchange lunch? 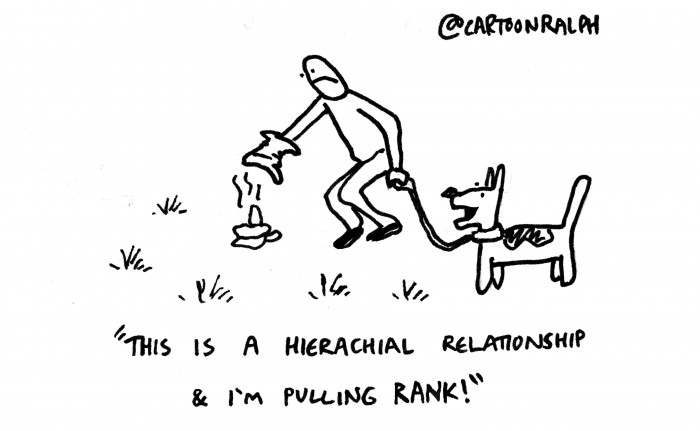 How does this relate to values?

Our values predict (a) how we form and understand relationships and (b) why we prefer different types of interaction. This can form a self-reinforcing loop. If you place high importance on values like ambition and success, for example,  you’ll tend to engage more often and more easily with Market Exchange relationships than Sharing.  As a result, you’ll be more likely to violate social norms by applying achievement values in the wrong contexts, so may shy away from Sharing as a result. If, by the nature of your career or experience at school you engage in many Hierarchy relationships (say, for example, you are an army officer), then power and authority values are more likely to become part of your self identity.  Those values will, in turn, become stronger in your interactions with people.

Interactions shape our expectations of others, and we internalise particular values accordingly. When researchers look at this in detail,  the patterns between values and relationships are both intuitive and clear (e.g. Biber et al, 2008). Sharing is associated with strong intrinsic values, universalism and benevolence, but negatively related to power and achievement. Market Exchange has the opposite pattern, encouraging more extrinsic values. Hierarchy is, like Market Exchange, more linked to power and achievement (also conformity), and negatively related to intrinsic concern (including self-direction), but this shifts slightly depending on whether you have the subordinate or superior role in the hierarchy.  Blind equality, interestingly, has no relationship with values in this paper, and would be worth investigating further.

What does this mean in practice?

There is already a huge amount of research showing that intrinsic values lead us to collectively become more concerned and proactive in responding to big issues, such as climate change, poverty and inequality. The link between values and relationships gives us another way to look at social and environmental solutions, with some clear advice: we should encourage Sharing in as many different aspects of our lives as possible. Moreover, we should move away from Market Exchange and Hierarchy, both in how we interact with other people and the natural world.  This can come out in the way we talk to each other, how we work, and which campaigns or causes we chose to support.

Relationship theory has a number of practical applications:

Relationship theory is just one tool, but it’s accessible and links very well to what we know about values and frames. It is relatively easy to identify when certain types of relationships are implied, for example in communication material or internal work practices. If we use this knowledge to encourage interactions based on Sharing, and oppose those based on Market Exchange and Hierarchy, we stand a better chance of strengthening the values that underlie a positive social and environmental response.