There is an opportunity to deepen our appreciation of the values that we share, irrespective of our attitudes towards Europe.
This is a blog by Paul Hanel and Tom Crompton
Paul is a post-doctoral research assistant at the Department of Psychology at the University of Bath, UK. Tom is the founder and Director of the Common Cause Foundation.

An understanding of values could help to heal the divisions that have been deepened by the EU Referendum, pointing to a crucial role for our cultural organisations. Working at the University of Bath, one of us (Paul) has studied values data from across the European Union and has found that people who attach importance to the group of values called “Security” are likely to be the least trustful of the European Union.

Here concern for “Security” is defined as “safety, harmony, and stability of society, of relationships, and of self”. The group includes values such as “national security” and “social order” but also “family security” and “cleanliness”.

Figure 1 shows the values of a demographically representative sample of a thousand UK citizens (based on a survey that Common Cause Foundation commissioned in 2015). High numbers of us prioritise “Security”: indeed, it is the second most highly prioritised value across the UK. 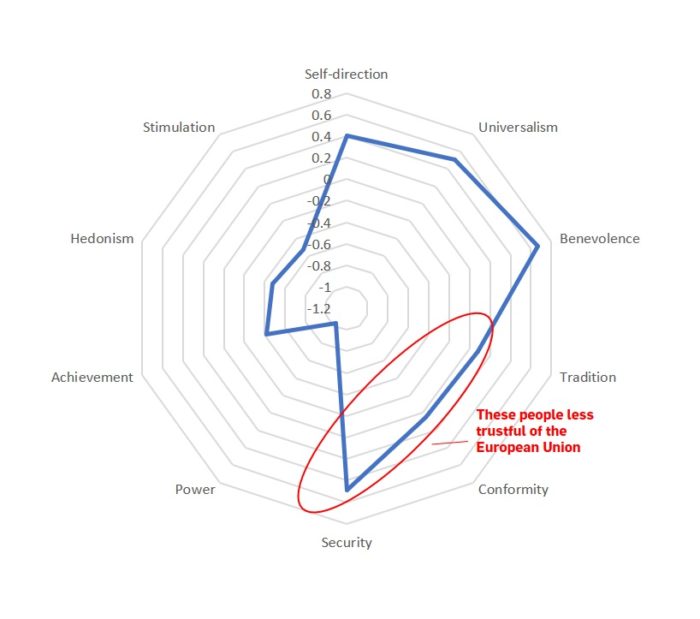 But there is another value group, which is even more widely prioritised than “Security”, and which seems to be unrelated to feelings of trust for the European Union. This is the group “Benevolence”.  “Benevolence” is defined as “preservation and enhancement of the welfare of people with whom one is in frequent personal contact”. These are the values which are most widely prioritised across the UK. But Paul found that the importance that we place on “Benevolence” values is of no help in predicting the level of trust that we feel towards the European Union.

Our survey also found that, across the UK, we seem to have a relatively accurate perception of the importance that fellow citizens place on “Security” values – correctly perceiving that these values are widely prioritised. But, crucially, this research has also shown that we in the UK typically underestimate the importance that our fellow citizens place on “Benevolence” values. 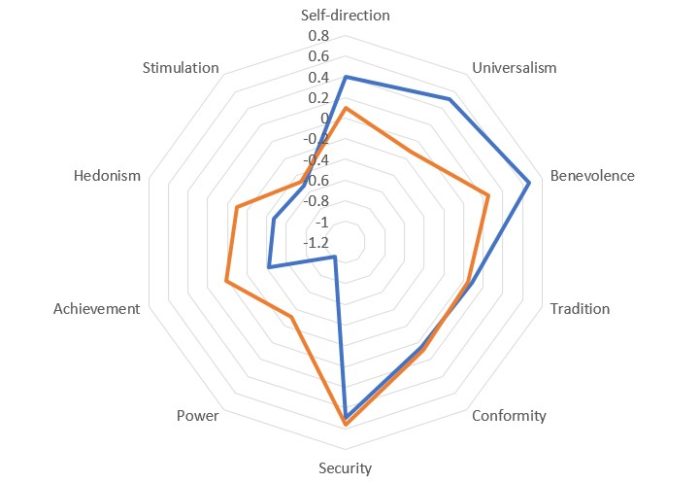 Figure 2: UK citizens’ own values and perceptions of others’ values

In other words, there is an opportunity to deepen our appreciation of the values that we share, irrespective of our attitudes towards Europe.

One way to begin to heal the divisions that the EU referendum has created may therefore be by working to convey a deeper appreciation of the high importance that most of us place on shared “Benevolence” values, regardless of how we voted in the referendum.

At a workshop earlier this month, organised by Happy Museum and held at Derby Museum, representatives from many different museums came together to explore the role of the cultural sector in helping to heal the divisions created by the Brexit vote.

A key focus emerging from the workshop was the potential for cultural organisations to amplify and reflect common values, particularly around “Benevolence”, as a way of opening dialogue and building understanding.

Encouragingly, research that Shanna Lennon, Common Cause Foundation Co-coordinator at Manchester Museum, recently conducted shows that visitors who left Manchester Museum feeling that their visit had encouraged “Benevolence” values were also more likely to leave saying that they felt a responsibility to become involved in their community, to support action on climate change, and that their visit had contributed to their well-being.

Such insights are not, alone, conclusive. But they suggest that, by becoming aware of the values they model, and that their visitors hold to be most important, the UK’s 2,500 museums could play a crucial role in nurturing community cohesion and healing social division.