An example of a marketing technique being applied to environmental change that may have unintended, negative consequences.
This is a blog by Ralph Underhill
Ralph works for the Public Interest Research Centre.

I hover my mouse over the two photos; should I go for the Qualcast or the Flymo? I click on the Qualcast and add it to my basket. The Flymo was called an ‘easi-glide’ and I refuse to promote illiteracy through my purchasing decisions. At least Qualcast have had the decency to add a U when using the letter Q.

I have just bought a lawn mower from Argos and donated 50 quid to Cancer Research all in one click of a button; isn’t the modern world amazing?!

Okay, I haven’t: that was just artistic licence. I don’t need a mower; I have guinea pigs. But I could have, if I was signed up to ‘Give as you Live’. 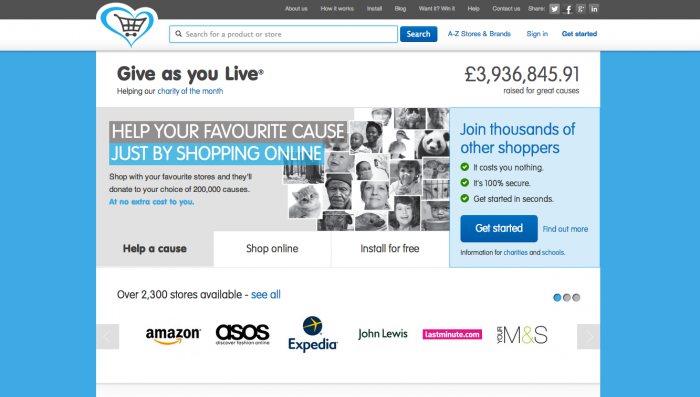 Give as you Live: Help your favourite cause just by shopping online.

The scheme allows people to contribute to charities whenever they buy things online. On the surface it seems like a great idea. I’m going to spend the money anyway, so why not give to charity while I do so? What could the harm be?

The problem arises because of the way our minds work. Research has shown that even those of us who consider ourselves entirely logical (I used to include myself in this group!) are affected by our values and emotions. What we hear and what we experience are likely to impact on our behaviours regardless of whether or not we are actually conscious of it happening.

Those in advertising and marketing and even politics have long known that values play an important part in people’s motivations. NGOs – including conservation organisations – have been behind the curve but have gradually adopted many of the techniques used by those in marketing to sell things. However, despite the similarities between conservation and business, there are also fundamental and important differences. Conservation NGOs depend on money (as businesses do) from their membership, but they also depend on motivated citizens who are willing to stand up for the environment.

So what if some of the techniques we’re employing to fund charities are are actually undermining people’s willingness to act on behalf of the environment?

Experiments have repeatedly demonstrated that when we appeal to someone’s self interest (by offering them products or talking about social status) it is likely to make them more self-interested. This can be done through exposure to language or experiences associated with certain values. For example, a study took two groups of people and asked both to come up with a logo for a car sharing scheme.  The first group was encouraged to think about the money they would save from car sharing while the other group were told about the environmental reasons for doing so. Both groups were then asked to throw their waste paper in the bin. The group given environmental reasons for car sharing were more likely to throw their paper in the recycling rather than the bin. This is just one study but there are countless others (here for example) that show that talking to self-interested values can make people act more selfishly, less environmentally, with more prejudice, and even negatively impact their wellbeing.

So, with that in mind, let’s revisit the ‘Give as you Live’ initiative.

A focus on material goods is associated with lower environmental concern. So while it might provide income for charities, the scheme is unlikely to produce committed supporters; it may even act to reduce the motivation to act on behalf of the environment.

This initiative is also likely to create unconscious connections between the companies involved and the charities being supported. In fact, do you think companies would be keen to be involved if it didn’t? The live feed on the website shows a charity logo flashing up next to that of a company. Great advertising for them. And the companies involved aren’t known for being socially or environmentally responsible. Given their reputation, it may be that associations are being made with companies that most NGOs wouldn’t even consider considering for a corporate partnership.

On top of this, there’s no environmental consideration in what products can be purchased. Whatever you buy through ‘Give As You Live’ will result in a donation to your chosen charity. This can make for comical reading – for instance, you can support the RSPB by buying a short-haul flight or help WWF while buying a patio heater.

Lastly, the scheme equates buying products with ‘living’: suggesting that engaging in consumerism is the most significant component of what we do. Why wasn’t it called ‘Give as you Buy’? Most probably because that doesn’t rhyme (rather than something more sinister) but the point stands! It may also mean that people feel less inclined to donate directly to charities as they can do it while they shop. 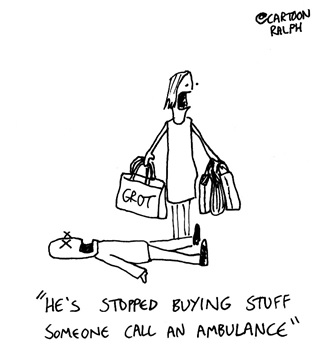 Some of you may still be thinking ‘so what?’ or finding it hard to believe that such small associations can influence our behaviour. But we know that even changing single words can have significant impacts on the way people behave.

‘Give as you Live’ is just one (striking) example of where the use of marketing techniques for environmental causes might actually act to increase public apathy about environmental issues. It is hard to see how such a scheme could be modified to avoid these impacts, and the research should make us stop and think carefully before entering any other schemes that link consumerism and charitable work so closely.

We discuss this example and many others in our recent Common Cause for Nature report, which examines the communications and other activities of the conservation sector in light of how the research suggests these might impact on people’s willingness to act on behalf of the environment.